_______________________________________
North Shore Anti-Bias Experience:  (courtesy of North Shore Notes, by Benjamin Pagovich)
On Thursday, February 2nd, students from the Anti-Bias club, along with Mrs. Rosenberg, attended the annual Nassau County Human Rights Awareness Conference at Adelphi University. This conference is sponsored by the Nassau County Commission on Human Rights to promote human decency, respect, and sensitivity to all human beings. The conference started out with opening remarks from county officials and distinguished people who promote human equality. Afterwards, students were allowed to go to various workshops, which were focused on different human rights issues in our world today. Many included combating HIV, what to do when stopped by the police, internet safety, and more. For example, in the Moving from Bystander to Ally workshop, students were given a card with a random identity. Then they had to answer some questions regarding how their lives would change if they took on this new identity. The students started to empathize with people who were less fortunate just by understanding what they go through. One main theme throughout the conference was, "do you know your human rights?" Many people responded no, because they took them for granted. The main point of the declaration is that all human beings are born free and equal in dignity and rights. This conference was eye-opening to many who are now representatives in the world for respect and equality.
_______________________________________
AIPAC:
Our wonderful NS students spent Sunday and Monday, October 29th and 30th, 2017, in workshops for AIPAC (American Israel Public Affairs Committee) learning about Israel advocacy, public speaking, and how to lobby. We just walked out of a lobby session where they greatly impressed the legislative assistant for Thomas Suozzi of Long Island's District 3. I’m so proud of their hard work and the great job that they did! The students hope that when they come back to school they can utilize their newfound skills and create even more Israel awareness in school. 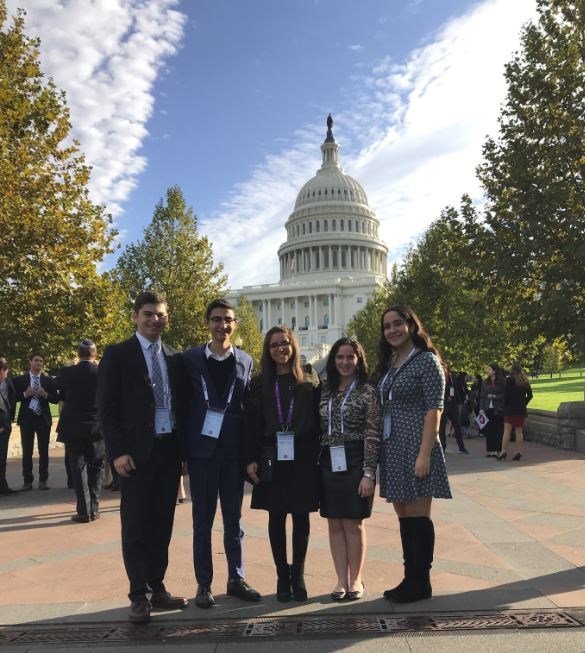 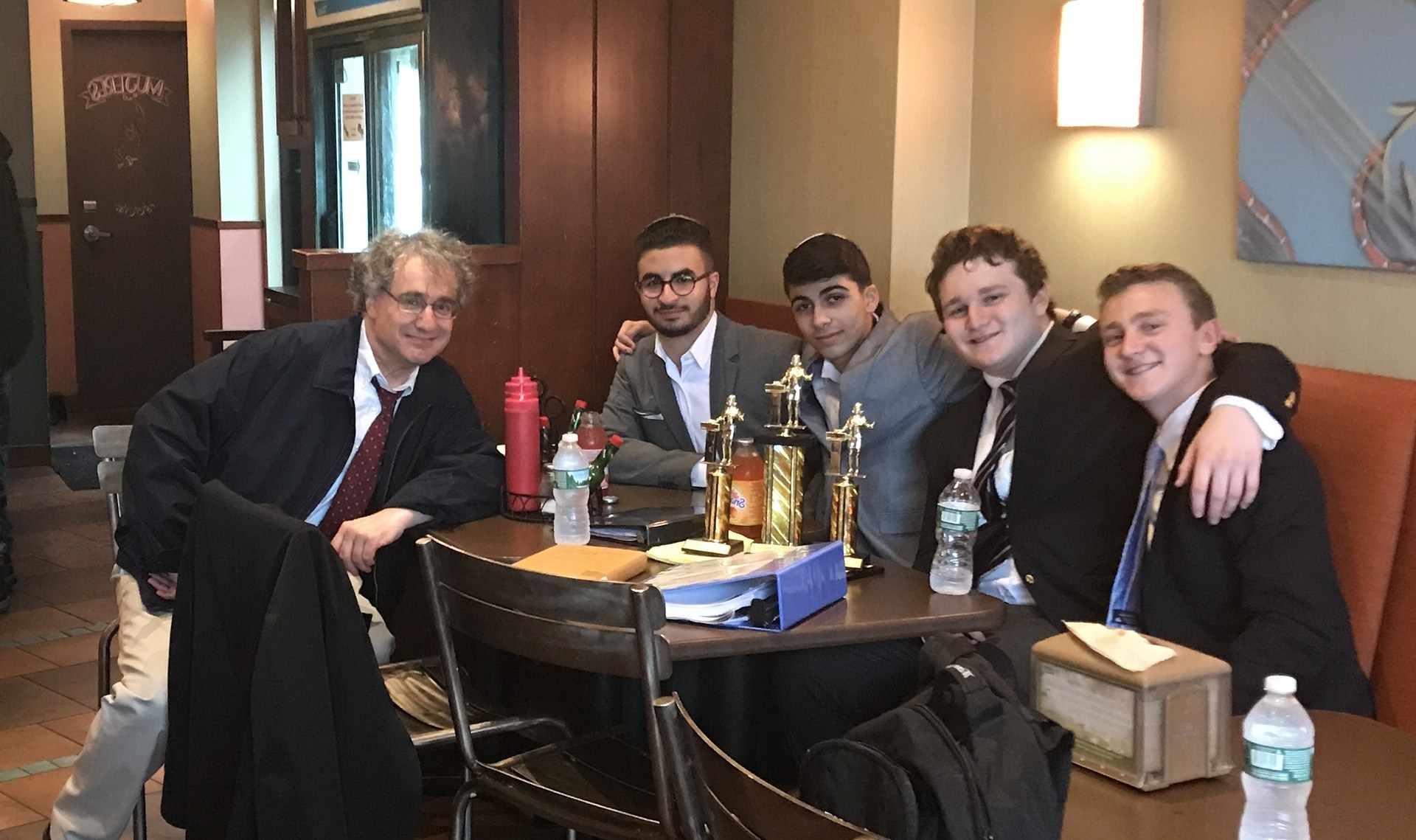 "Should the United States should move its embassy in Israel to Jerusalem before January 1, 2020."

Will Shakin and Eric Katan were the Negative team that contributed to the victory.

Great work guys, and thank you to Mr. David Miles as the Debate Team Advisor!

Hajibay (r) were the winning number one team at the December 8, 2016 debate held at Central High School.  The topic was Former Felons Should Be Able to Vote without Restrictions.  Caylie and Aryeh knocked out 38 other teams to win, and Caylie was a First Place speaker out of 76 debaters participating! Great job!
MODEL CONGRESS:

19 North Shore students attended the Penn Model Congress at the University of Pennsylvania where they demonstrated their talent by simulating the real-life practices of our government’s legislative branch. Delegates drafted, presented and voted on legislation developed in their individual committees as a culmination of nearly a month’s worth of preparation in creating their bills and as a result taking home multiple awards.

Daniel Kroll (10th grade) won Best Delegate in Committee and Kayla Hutt (9th grade) won Honorable Mention in Committee. Additionally, Daniel Kroll and Andrew Gottleib (11th grade) received awards for being Outstanding Team in Courtroom in the Supreme Court activity where they argued as both petitioner and respondent for real cases that have appeared in front of our nation’s highest court. The winners received certificates and wood gavels to commemorate their excellent efforts. 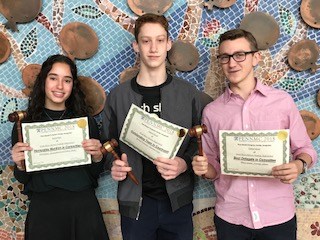 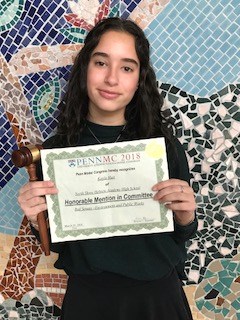 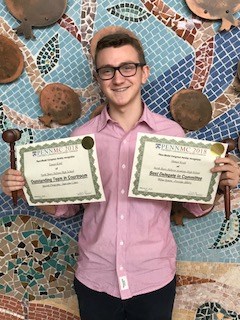 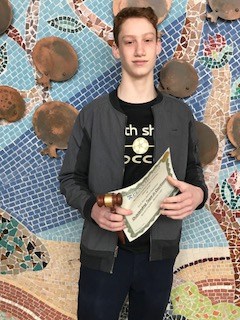 Congratulations to our wonderful winners! 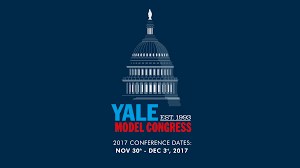 This past weekend, a group of students from grades 9-12 with a unique interest in policy-making and our government had the privilege of participating in the annual Yale Model Congress. The Yale Model Congress, a simulation of our legislature on Capitol Hill, enables students to witness firsthand the intricacies of the political process. Delegates to the conference debated a wide range of highly controversial topics and even had the chance to sponsor their very own legislation. Students began the conference serving in their respective committees, each dealing with a specific set of issues, and those fortunate enough to pass their bills were able to present them in a full session of the U.S. Congress. After weeks of preparing for the conference, NSHAHS's delegation, with the guidance of Mr. David Miles, made meaningful contributions to the discussions and were, for the most part, successful in having their legislation passed. Junior Caylie Tuerack, a member of the Education and the Workforce Committee, passed a bill that guaranteed paid family leave to mothers after giving birth. Ariella Hajibay, a freshman who participated in her first Model Congress, unanimously passed a bill that proposed to resettle children refugees from Syria in the United States. Daniel Kroll, a freshman who served on the Appropriations Committee, passed a bill that would provide fair housing to victims of domestic abuse. Clearly, the weeks of hard work that went into preparing for the Model Congress paid off. We wish the Model Congress members the best of luck as they move forward in public speaking and debating public policy.