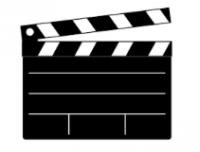 With every new year at NSHAHS comes new after school activities. This year, senior Ariel Spielman started a film club.

At meetings, the students review various scripts and many times will watch that scene in the corresponding movie. This allows attendees to see which aspects of the film are shown by the writer and which aspects are revealed by the actors. Other aspects may include watching film clips with and without special effects, illustrating the impressive special and practical effects used in modern movies.

In the future, the club plans to focus on analyzing other TV and movie scripts. Additionally, club members will be given the opportunity to write their own scripts. Members will be taught proper writing format, software, character structure, and dynamics. Furthermore, students will discuss the process of hiring actors, using specialized equipment, and submitting films to contests and festivals. Members will write a short film or 6-11 minute long TV pilot, and then club will vote on a winner. The club intends to host a short film festival for other students to attend.  Is there an Academy Award, Golden Globe or  Emmy in your future?