The College Virtual Enterprise class attended the VE International Trade Show held at Pier 92 in NYC on April 5, 2017. Over 130 VE firms from around the world set up booths to generate sales from students and guest visitors. Rent A Pet virtually sold over $150,000 at the show! 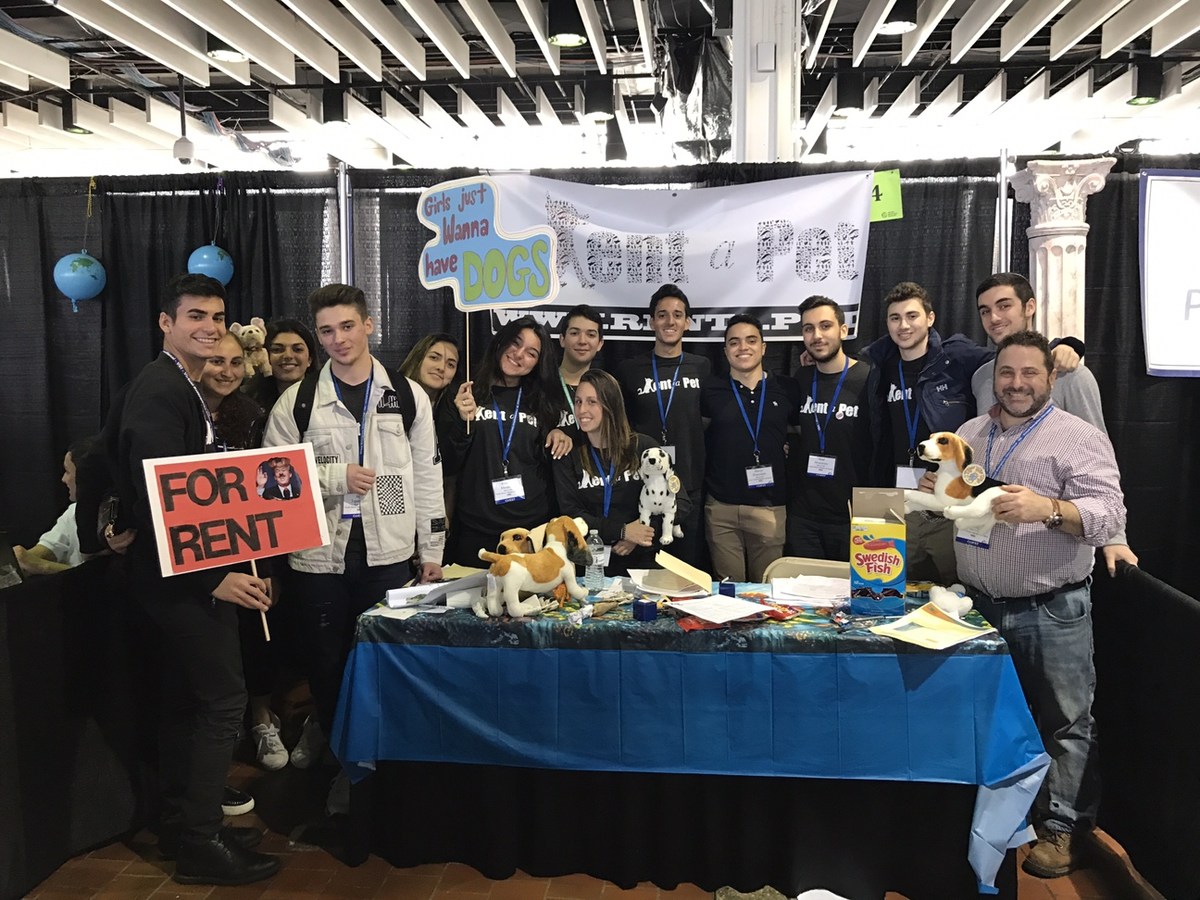 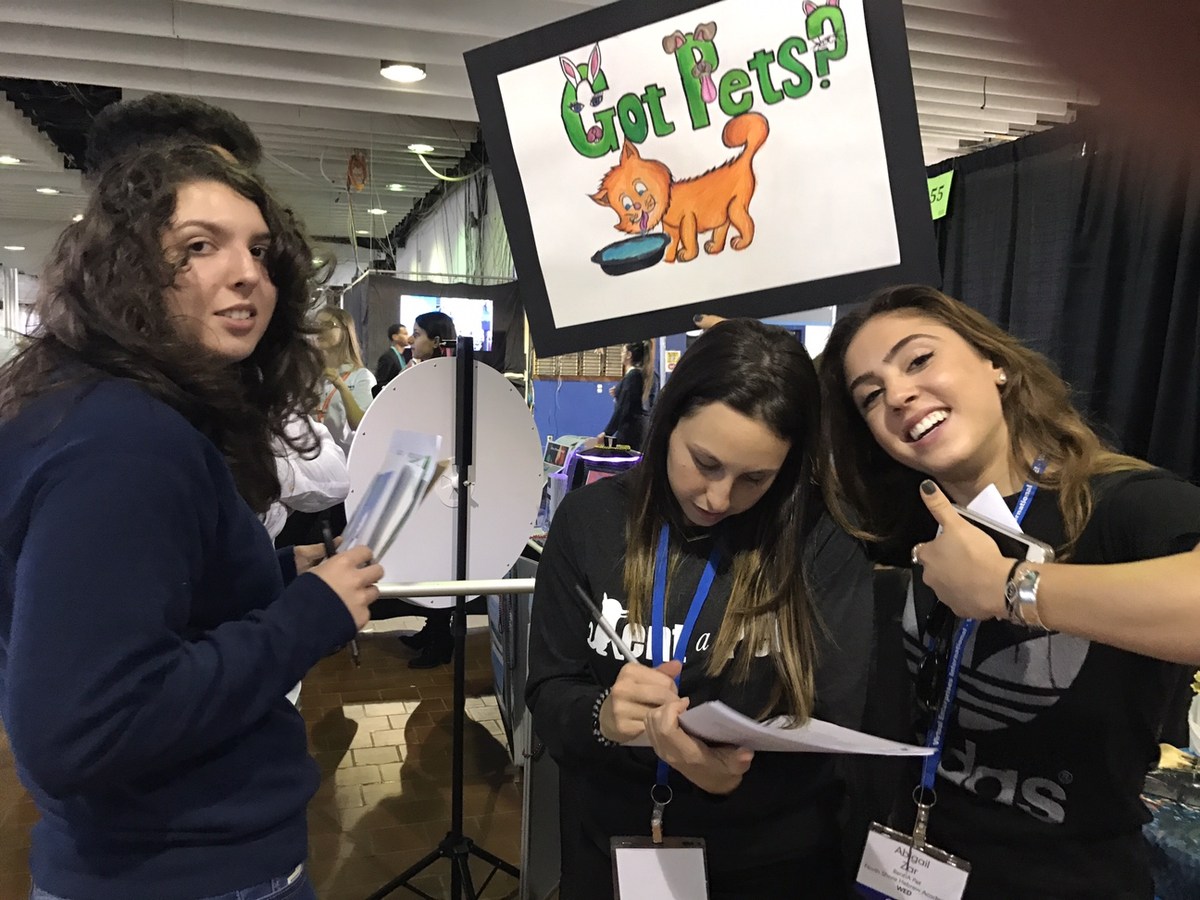 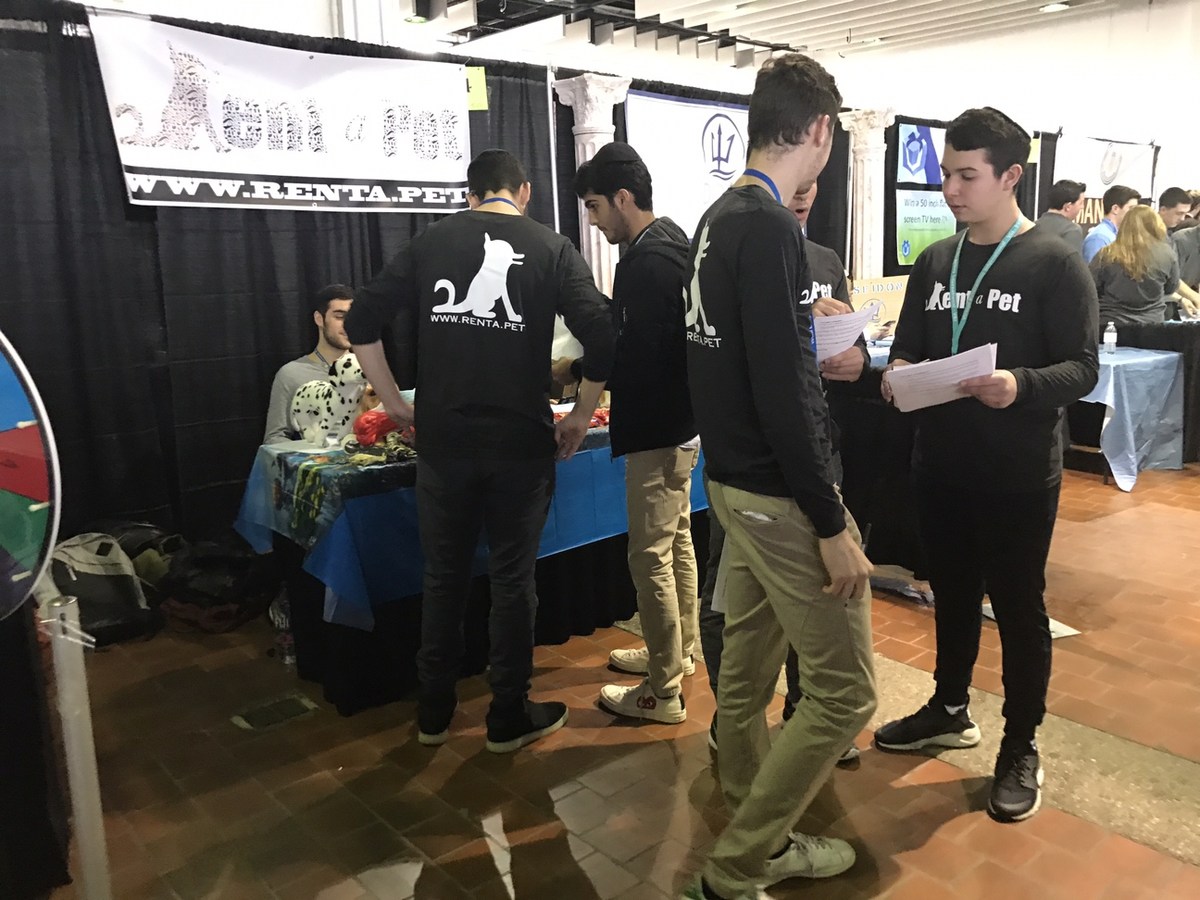 Today, North Shore students enrolled in the College Virtual Enterprise class (see above), participated in the Long Island Trade Show to sell their very conceptual and imaginative Rent-A-Pet business.  They set up a booth, wore their custom-designed t-shirts, and sold their virtual services to other students and adults. As a virtual business, they exchanged "virtual money" for sales of their product. An exciting addition to this event was when several students presented the North Shore business plan as part of the LI Business Plan Competition.
If they win as one of the top in LI, they can go on to compete in the National Business Plan competition. Wish them good luck and stay tuned for the update! 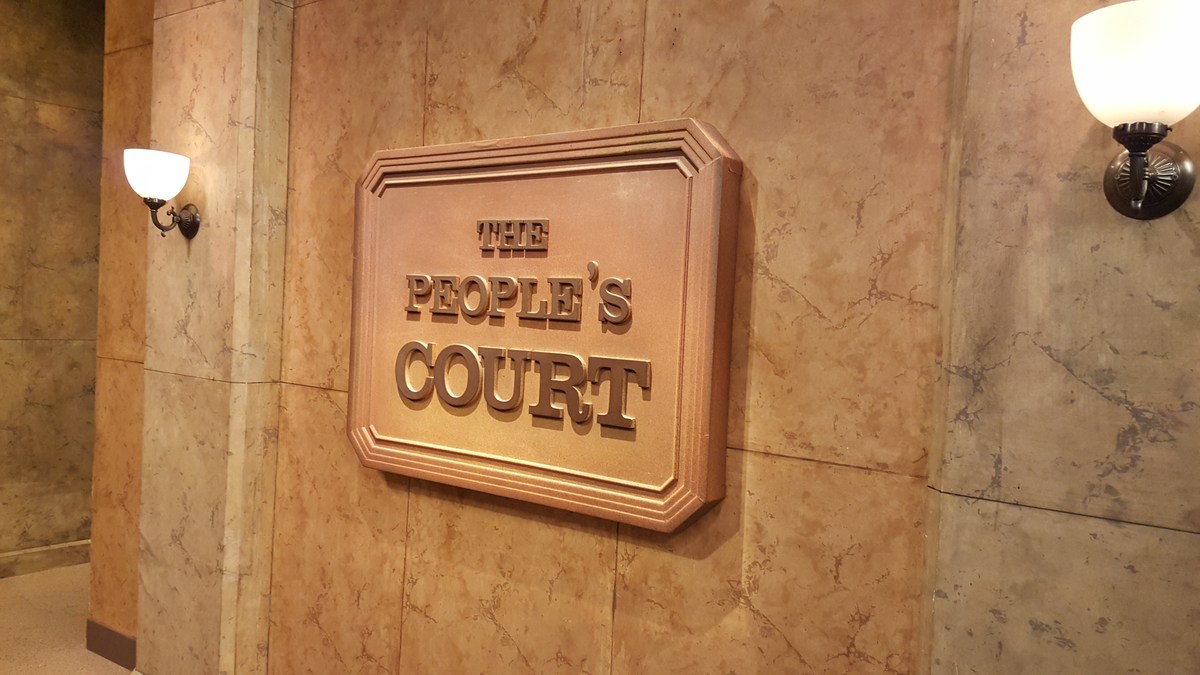 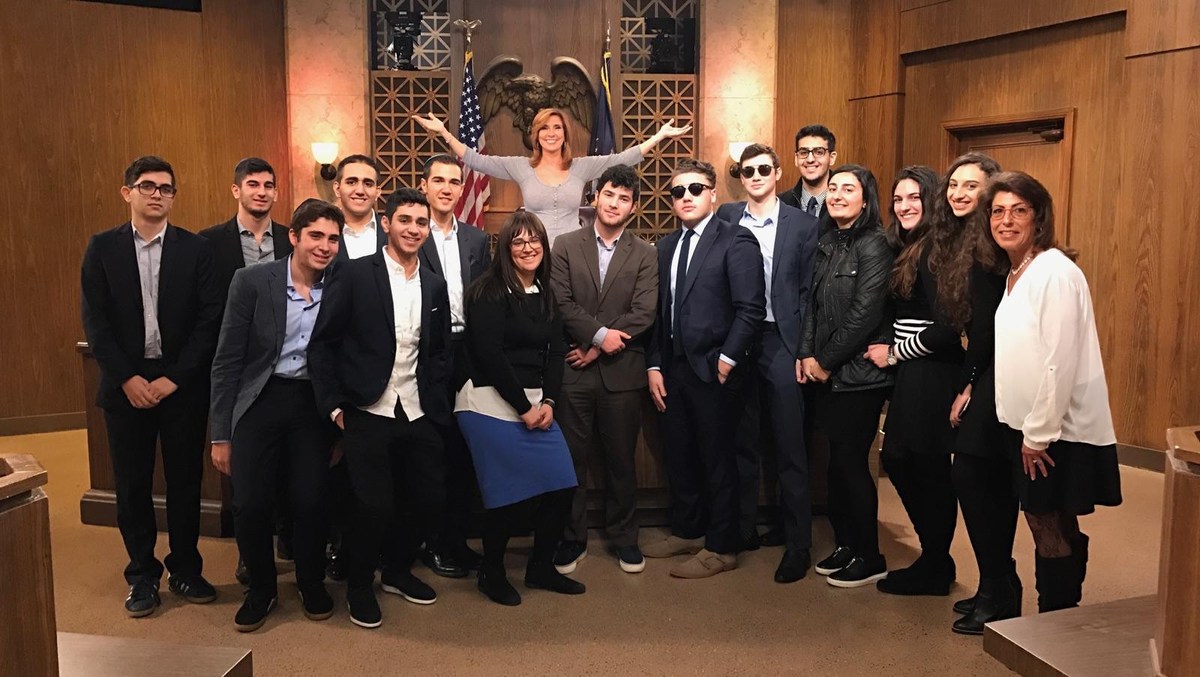 Visit to Filming of The People's Court
Mr. Garfinkel's Business class traveled to Stamford, CT to watch filming of The People's Court. The thirteen students, accompanied by Ms. Debra Gold and Ms. Aviva Adler, were audience members observing eight different Civil Small Claims Court cases.  Judge Marilyn Milian presided throughout. Afterwards, Judge Milian came out for Q&A with the audience.  The class then were invited "backstage" and met with producers and other staff and got up-close with all the equipment used to produce the show for TV. 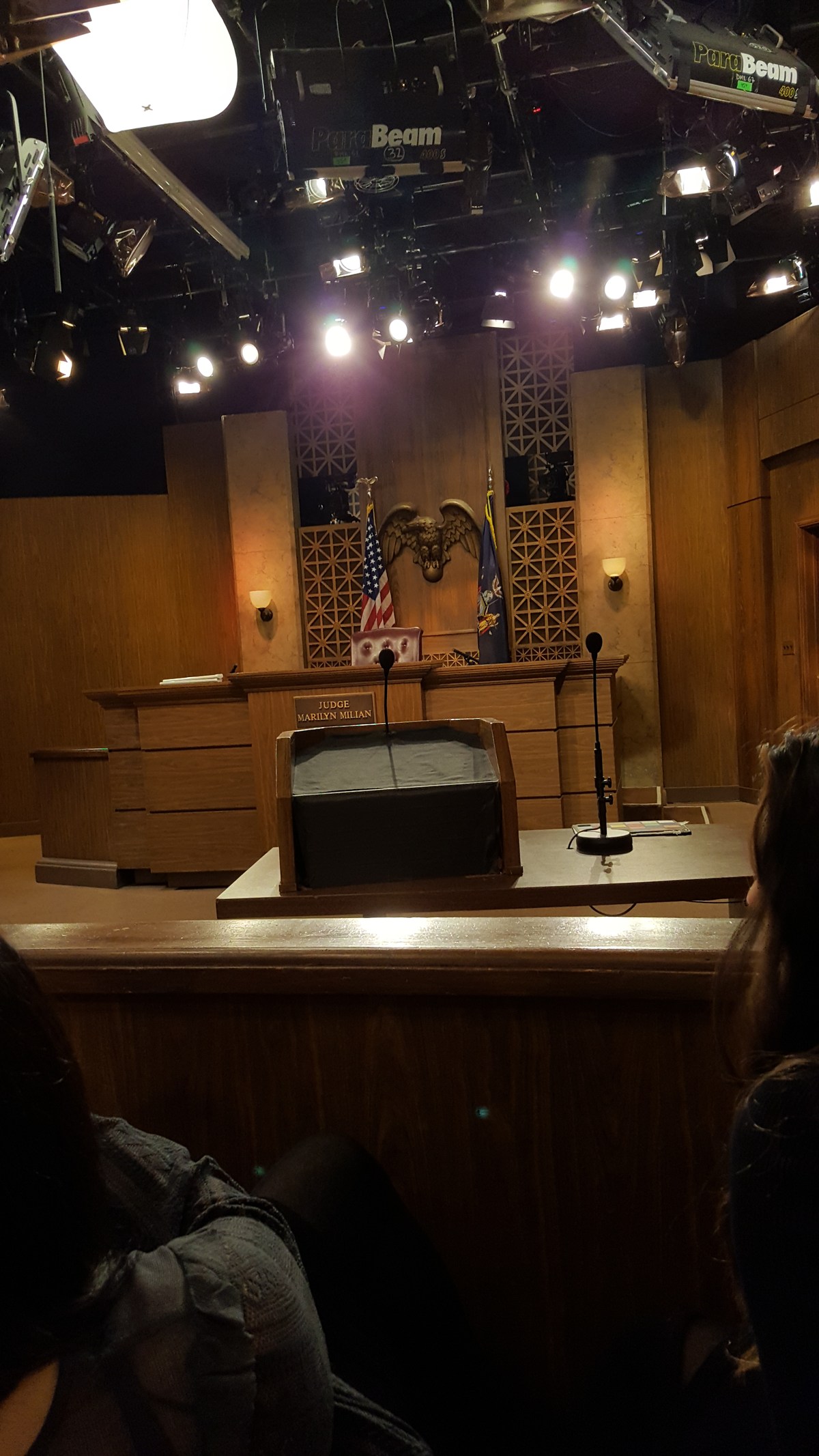 Students taking Mr. Doug Garfinkel's business classes at NSHA HS were privileged to have professors from LIU Post come in and teach fascinating lessons. The college level courses, which include marketing, investing, accounting, and virtual enterprise, are affiliated with an outstanding LIU credit program. This program not only lets students who complete classes receive credit towards college, but it sends top professors from the business department at LIU to NSHA HS three times a semester. The marketing lecture revolved around consumer behavior. Students were given a creative activity in which they had to sort through a consumer's trash to get an understanding of what types of products he likes to purchase. The class then had to write an analysis of the trash and brainstorm about what type of products they could potentially sell to that consumer. The accounting lesson was more of a question-answer format, in which students had the opportunity to ask the experienced LIU professor about the ins and outs of accounting in the business world. The professor taught about the complexity of accounting and the important role it serves in business. The business class students enjoyed the informative and interactive lessons from the college professor!